The rich cultural history of Korea – including powerful percussion and traditional dance – will be featured at the Korean Language Program’s (KLP) 30th anniversary celebration on Friday, Sept. 20, at 6:30 pm. The event will also feature Korean foods, and will conclude with musical performances by Shimtah, E.Motion, LOKO, and Hanchum. The celebration, which will take place in the Rhodes-Rawling Auditorium in Klarman Hall, is free and all are welcome.

Showcasing KLP’s 30-year history at Cornell, the celebration will feature a short documentary on the program’s foundation, its growth over the years, and interviews with people and student-led organizations that have supported the program.

“When I first came to Cornell in 1987, there was no Korean language program,” recalls John Whitman, professor and chair of the Department of Linguistics. He and Heyrin Diffloth Cheong Cheong stepped forward to take on the role of the first Korean language lecturer. “I remember the very first class, when Cheong seonsaengnim [teacher] greeted her original group of students.”

From there, the KLP has grown significantly, with attendance reaching a record high this year, with more than 100 students.

“Even though Korean is one of the Less Commonly Taught Languages, the Korean language program at Cornell has been gradually expanded,” says Meejeong Song, senior lecturer in the Department of Asian Studies and current head lecturer in the KLP. “I believe that language can be a driving force of connecting different people and understanding different cultures to make the world a better place.” She notes that the program provides student-centered, technology-aided, and project-based instruction, “in addition to the fun extra-curricular activities that increase student motivation and engagement in learning the language and culture with enthusiasm.” 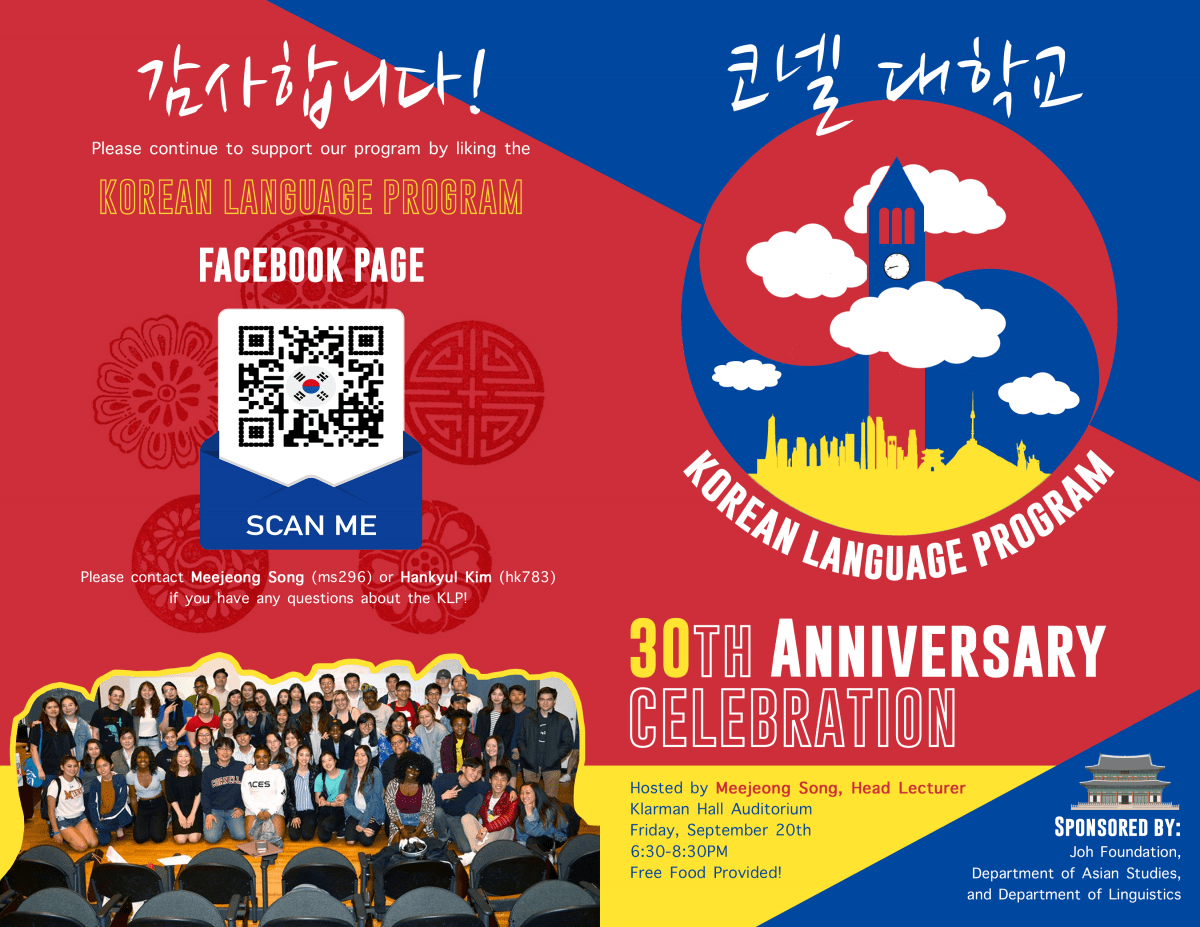 Any Person. Any Study. Any Language.

Emma Clark: "I didn't want to have to choose between science and humanities"