The inaugural Lisa Sansoucy Language Scholar Award was awarded to Aliou Gambrel, a graduating senior who studied Wolof as part of the Shared Course Initiative. The award is named in memory of our friend and colleague Lisa Sansoucy, who passed away in December of 2021. It recognizes a student who excels in learning a less commonly taught language.

Aliou grew up as a multilingual speaker of Haitian-Creole, Pulaar, French, and English, and he started studying Wolof at Cornell, one of the languages spoken in Senegal. He was recently quoted in a College news article, saying that his proudest achievement at Cornell was studying the Wolof language. He said, "Not only have I formed lasting relationships in these courses, my thoughts and ability to understand my own identity and those of the diaspora have been challenged."

Aliou graduated from Cornell this spring as a College Scholar with a degree in Africana Studies. His dedication to language study has exceeded our expectations. When he completed the Wolof language sequence with Dr. Mariame Sy from Columbia University, he developed an advanced reading course together with his professor to continue his studies during senior year. In the fall, he will start a graduate program with a concentration in African studies at Columbia University, where he will continue his study of Wolof and Pulaar. Aliou always took advantage of all the resources the Language Resource Center provides. Just like Lisa, he has been a constant presence at the LRC and it will be hard to imagine Stimson Hall without either of them.

If you are interested in contributing to this award, you can donate here: 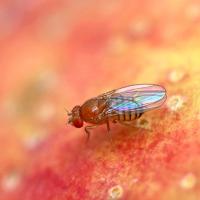 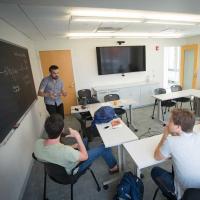